St John’s Caneel Hill Trail begins in Cruz Bay about twenty yards past the Mongoose Junction parking lot and rises to the summit of Caneel Hill.  It’s a great hike that can easily be done starting right from St. John Escape, but it is by no means an easy hike.   When you reach the viewing platform at the top of Caneel Hill you will be able to see spectacular views all the way out to St. Croix and Puerto Rico.   It is definitely worth the effort.

Check out this video to see what it’s like to go on this excellent hike.

The total distance is 2.4 miles.  The trail to the peak of Caneel Hill is a steep and steady incline, gaining 719 feet of elevation in less than one mile.  We would recommend wearing proper footwear as this is definitely not a flip flop hike. You probably want to  wear sneakers or Keens and bring  along a bottle or two of water.  So while it is not an easy hike, it is definitely doable.

You will be amply rewarded for your efforts with spectacular views.  So if you like a nice little hike with stellar views, add the Caneel Hill trail to your list on your next visit. 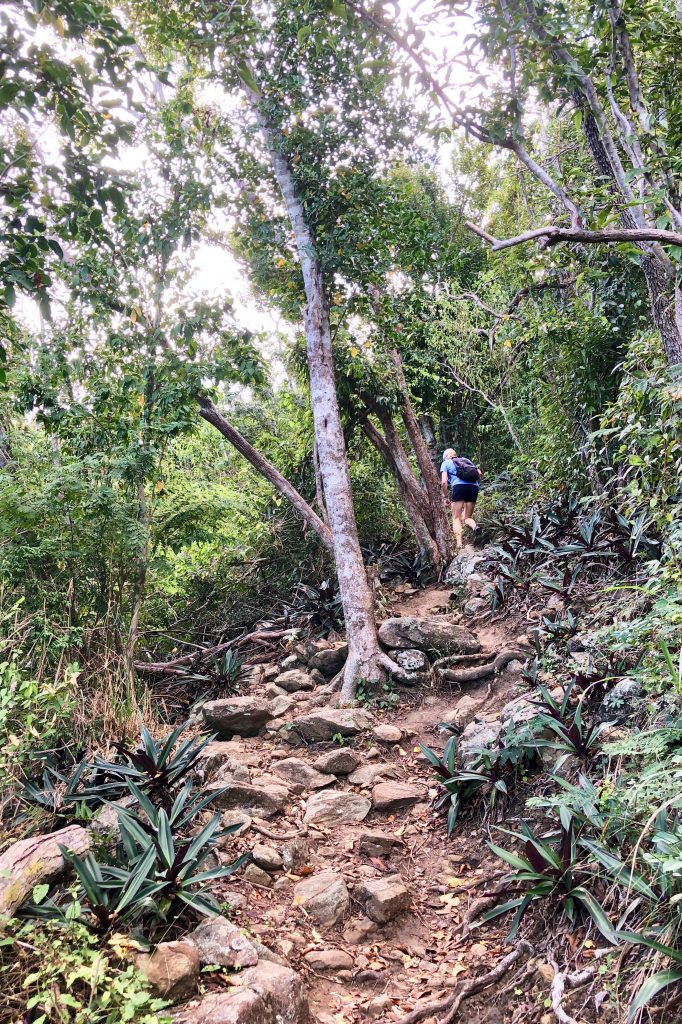 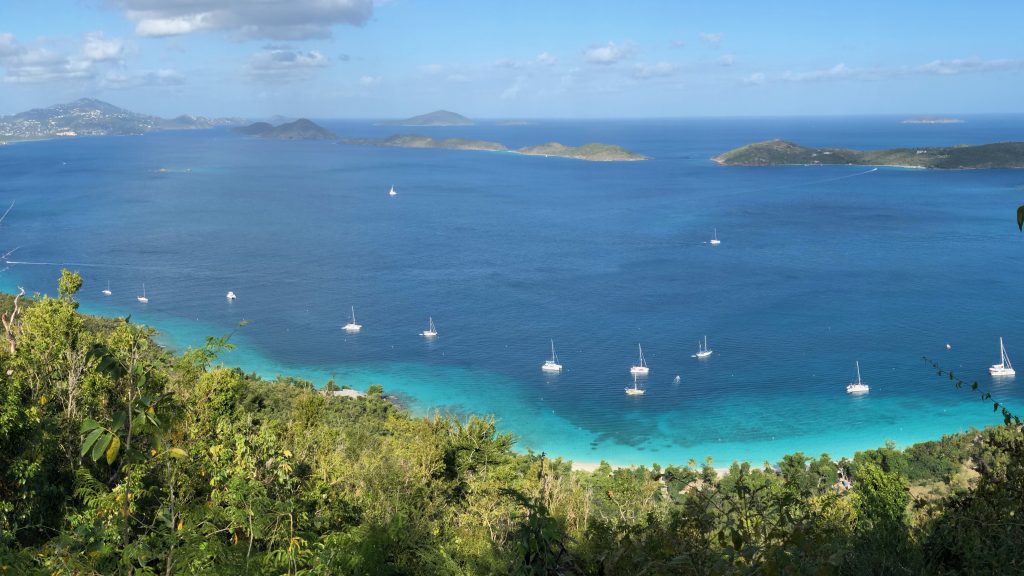 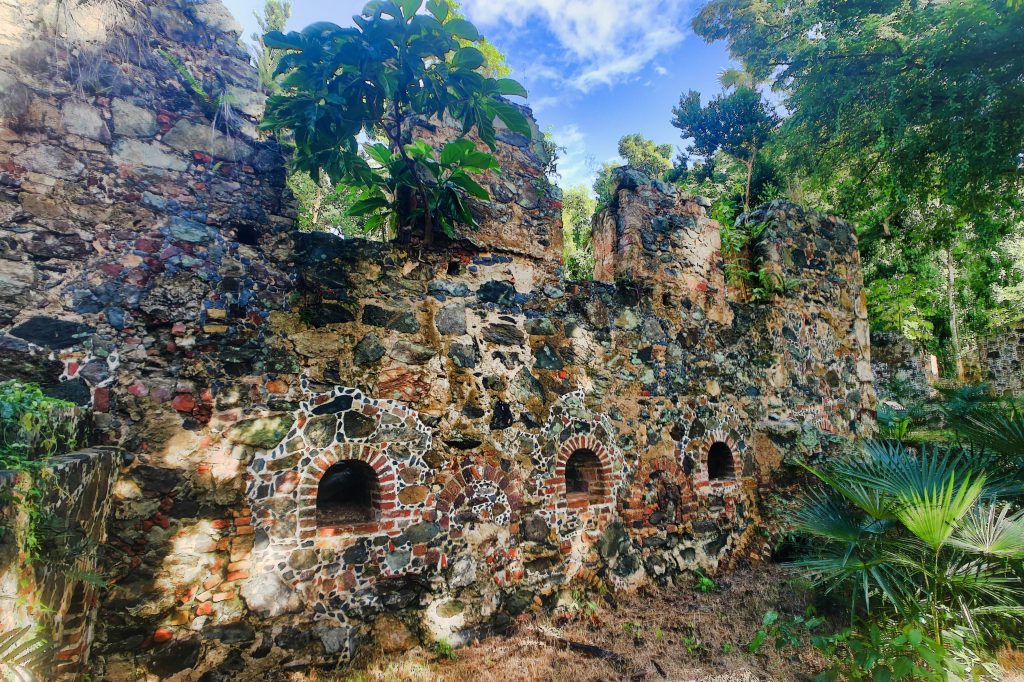 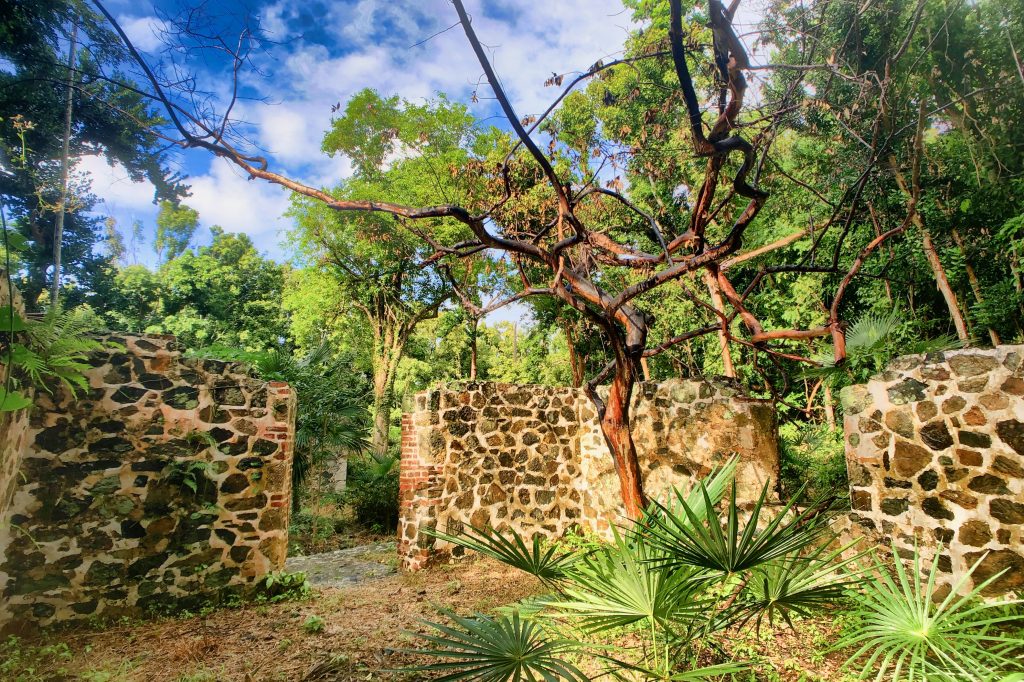 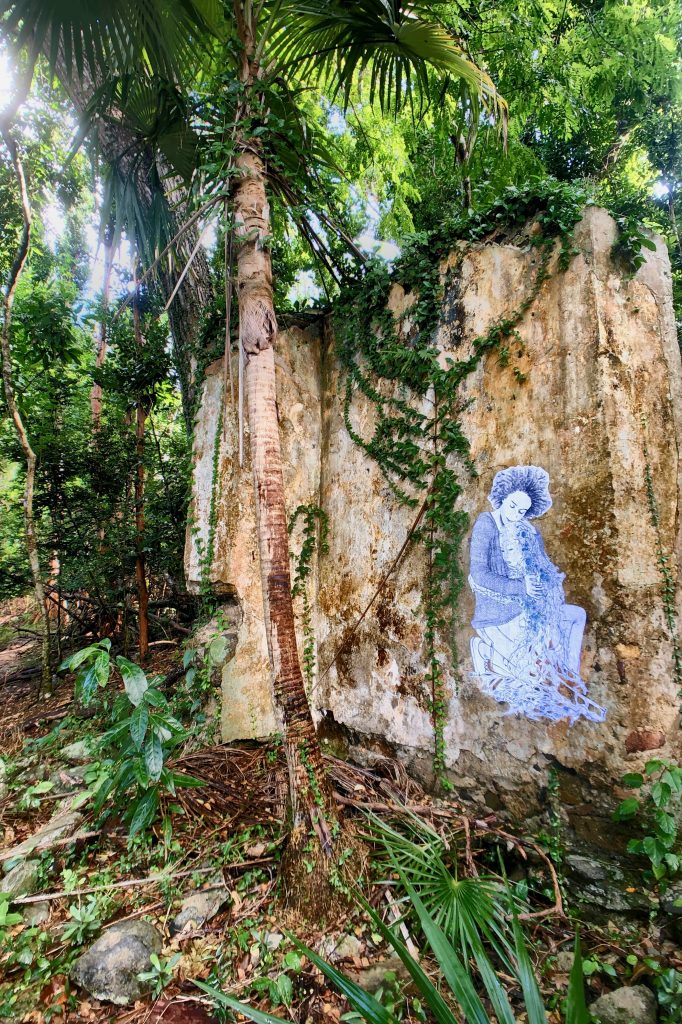 A common question we hear from people who are considering a vacation to St. John is, “How is the island doing and is it ok to visit?”  As they say a picture, or in this case a video, is worth a thousand words.  So with this in mind we have prepared this video of our recent trip to St. John so you can see for yourself.

As you will see, St. John is still full of amazing beauty, life, and is definitely ready for visitors.  St. John is a special island that’s hard to describe until you actually go for yourself. It’s beautiful in photos, but once you visit is when you truly feel the spirit of the island.  If you’ve ever been to St. John, then you understand that it has this magnetic pull on you that’s like nothing else that keeps people coming back year after year.

St. John has changed a bit since Hurricane Irma and Maria so we thought a video update was in order.  While the beaches might look a little bit different now with fewer shade trees, the water and sand are just as amazing as ever.  The island is still pure heaven if you’re looking for a destination where you can relax and truly get away from it all. Whether you’ve loved St. John for years or you’ve not yet been, it is absolutely, without question worth the trip. Even more, St. John needs the tourism to continue to rebuild.

So sit back, relax and watch the video to see what it’s like to visit St. John now as we travel to the beautiful beaches, and hike along the amazing the trails!

Leslie and I are happy to create this blog so we could share our love and enthusiasm for St. John.   Many first time guests ask us about our favorite beaches, where to go snorkeling , and where to find a good happy hour.  As frequent visitors and the owners of a vacation hom , we hope we can share our insights on great hikes, snorkel spots, kayaking, and entertainment.   Our goal is to help people  have the best possible experience on their visit to St John.     So sit back, relax and maybe have a rum punch as together we all enjoy our favorite island in the Caribbean!